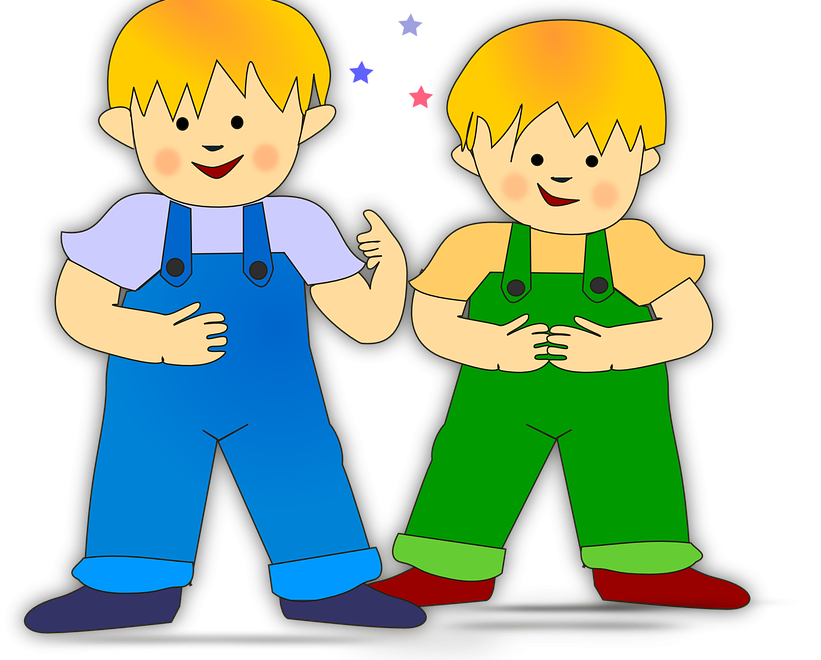 National Brother’s Day is celebrated every year on the May 24. The day honours the brothers, the male siblings. A brother could be a sibling i.e. a blood relative. Even if you do not have a brother, you may find someone in life as a brother. It may be a friend, brother-in-law, cousin, or similar. Brothers are great support to their siblings. They stand together through thick and thin for their siblings. The relationship between brother makes for a high drama and chaos, while at other times, it is harmonious and pleasant.

Brother’s Day has been observed annually on May 24th since 2005. It was C. Daniel Rhodes of Alabama who had organized the National Brother’s Day. This day seeks to celebrate brothers, and, in some regions, 24th May could be an unofficial holiday. It should not be confused with National Sibling Day, which is observed in April. Be it a step-sibling or someone a person takes to be a brother; the day is monumental in life of those who understand the importance of male siblings in their life. One of the great examples of brotherhood are the Wright Brothers (launched the first flight in the sky). There are several musical bands that have siblings working together. Movies and plays from yonder ages as well celebrate brotherhood.
The bond between siblings is naturally very strong. Who can forget the moments spend growing up together, playing games together, getting into trouble and playing pranks, the competitiveness between the two. Much of the love between siblings’ stem from the fact that for everything they share, be it nature or nurture- brothers come with their own unique characteristics and sometimes complement each other. Maybe you have just one brother or many, but on 24 May, take a moment to reflect the ways in which your brother enriched your life.

Where is Brother’s Day Celebrated?
National Brother’s Day is primarily celebrated in the United States. However, today almost every country observes Brother’s Day. Right from U.K, European nations such as Germany, France etc, Russia, Australia, and Asian countries such as China, India etc, celebrate this day on May 24th. Brotherhood is thus very crucial and sometimes even brave soldiers who sacrifice themselves for the country are taken as the real heroes and brothers of a nation.
On this day, the contributions of the male siblings towards their family are appreciated. It is the time to commemorate the bond between brothers and its importance.

Brotherhood and Its Different Meanings

Like we mentioned, a person can be a male sibling to other male person if they are biologically related, or they can share brotherhood bond in other ways. Many a times, comrades tag each other as brothers as their relationship shares a sibling quality. In religious (Christianity) context, a Brother is someone who vows to chastity, poverty, obedience, and a part of community to that he has vowed.
As per the Book VIII Nicomachean Ethics, by Aristotle in the 350 B.C.E, relationship of brothers could be defined by characteristics found in between people who are like each other or born from the same parents and brought up together. Such people are ‘brothers’ in a way that they are akin in character.

Movies on Brotherhood
There are movies made on bond of brothers, here is a list of it.

Things to Do to Celebrate Brother’s Day

To make this day special, you can celebrate with your brother in many ways. Here are things you can do on National Brother’s Day.

Wherever you and your brother are- under the same roof, living in different cities or countries, there is no denying the special relationship shared. You may quarrel a lot or may not speak with each other sometimes. He may get you in mess or simply act intolerable and make you laugh hard. However, when someone asks you about your sibling, you are proud enough to introduce them as your brother. This is why brotherhood is so powerful and has a day dedicated to celebrate all the whimsical and adventurous activities you would like to get into with your brother.
Here are some of the Brother’s Day Wishes you can send to your male sibling:

Brother’s Day is an important day, just like your birthday or Mother’s Day. Every brother should be given the respect they deserve. After all, brothers are the one who would strive to do everything that needs to be done to protect you and keep you happy. This National Brother’s Day, which is held in 24 May, we wish you all brothers, success and joy.

Share on TwitterShare on FacebookShare on Google+Share on Linkedin